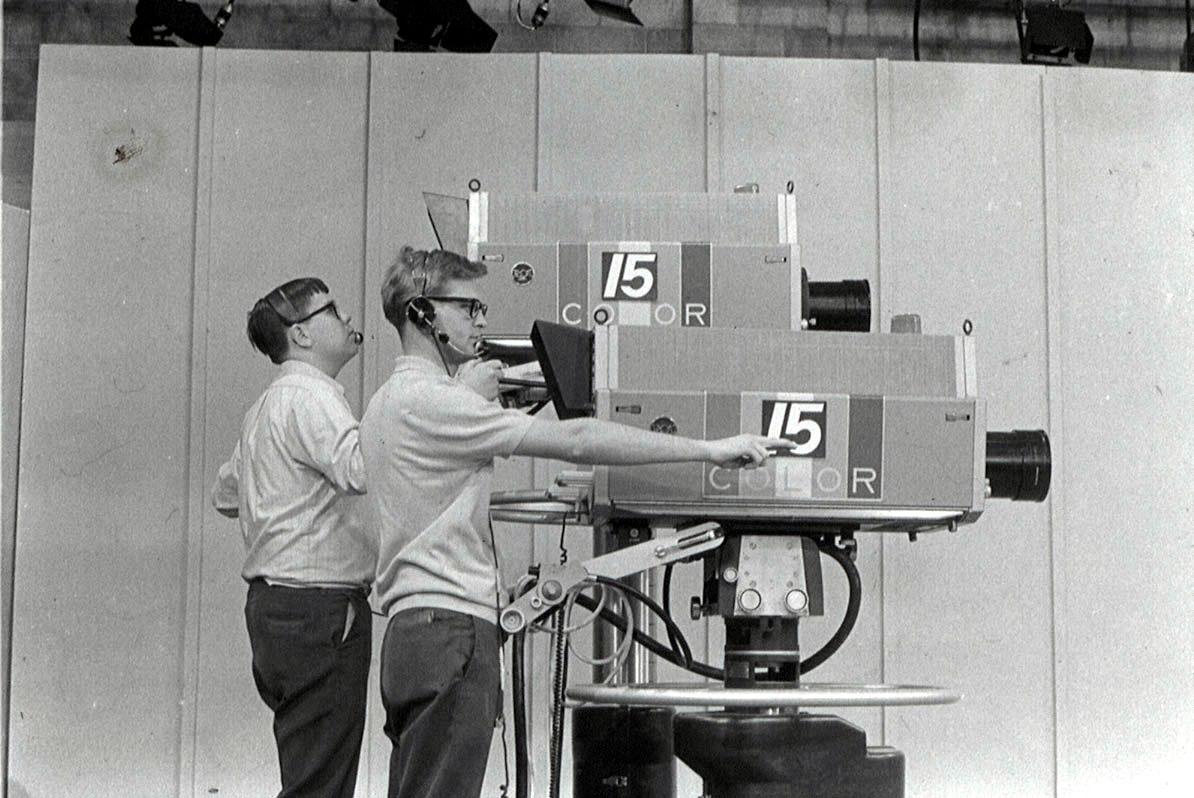 In 1965, a group of concerned citizens and educators established the Blue Ridge Educational Television (ETV) Association, with the goal of bringing educational television to Southwest Virginia. With seed money from the City of Roanoke and funding from nineteen area school systems, ETV then applied for state and federal grants to build the facilities. Groundbreaking for the studio building took place November 1966.

On August 1, 1967, Southwest Virginia’s own public television station went on the air for the very first time as Blue Ridge Educational Television, WBRA-TV, channel 15—broadcasting from its new production facility in Roanoke. It was designed as the nation's first all-color educational television station. WBRA’s all-color capabilities brought national attention in 1968 when RCA’s “Broadcast News Magazine” did an extensive layout about the station. Initially there were no broadcasts on weekends, and the station signed off every weekday at 11 p.m. Within those broadcast hours, WBRA staff were offering an alternative to commercial television. In addition to broadcasts for schools, WBRA began the tradition of providing quality entertainment programming.

Color programming was especially popular with educators who were using WBRA broadcasts in classrooms. During the school year, the station aired nearly seven hours of instructional programming every weekday. At that time, the station employed six studio teachers who led the daily televised lessons, which covered subjects such as science, music, geography, and economics. In 1969, instruction and entertainment were expertly combined when “Sesame Street” and “Mister Rogers’ Neighborhood” were added to WBRA’s schedule.

For the first few years, WBRA’s reach was limited to portions of 15 counties surrounding the City of Roanoke. With the addition of two more transmitters, Blue Ridge PBS expanded its coverage area to the farthest corners of Southwest Virginia and into bordering counties in Kentucky, Tennessee, West Virginia, and North Carolina—a total of 26,000 square-miles. WSBN in Norton went on the air in 1971, and WMSY in Marion completed the trio of Blue Ridge PBS’ stations when it went on the air in 1981. Due to budget cuts, WSBN & WMSY went dark in June 2017. However, many viewers in far southwestern Virginia still receive Blue Ridge PBS via cable.

In 2009, Blue Ridge PBS completed the switch from analog to digital broadcasting ushering in a new age of television and new possibilities for viewers.

Today people travel the world with Blue Ridge PBS, visiting distant destinations as well as special places and people across the Blue Ridge region. Blue Ridge PBS, still community owned, has grown into a 21st century, multimedia organization. It is now the region’s story teller, serving as an around-the-clock source for thoughtful news and documentaries, arts and culture programming, and the best in children’s television.